The Casino Gorilla has seen slot games come and go, many sinking without a trace within a month or so of their release. Millions of dollars are spent trying to create those magical games which remain popular year after year, and yet despite trying to identify the successful formula there is just no such thing as a guaranteed success. This is why the Starburst game from NetEnt is so unique. This seemingly simple slot game has managed to stand the test of time, remaining front and centre in online casino lobbies since its release all the way back in 2011. Let’s find out just what has made this classic game so enduringly popular. 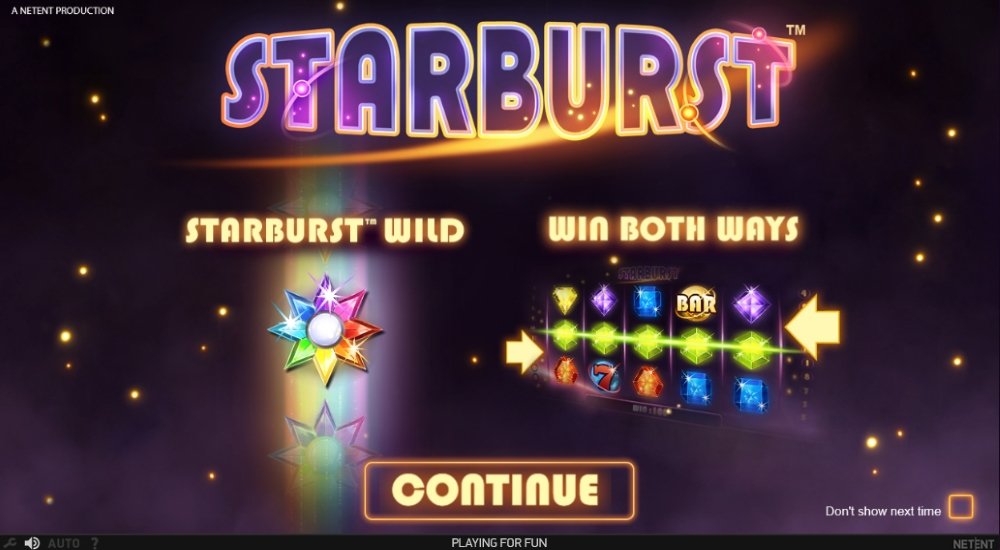 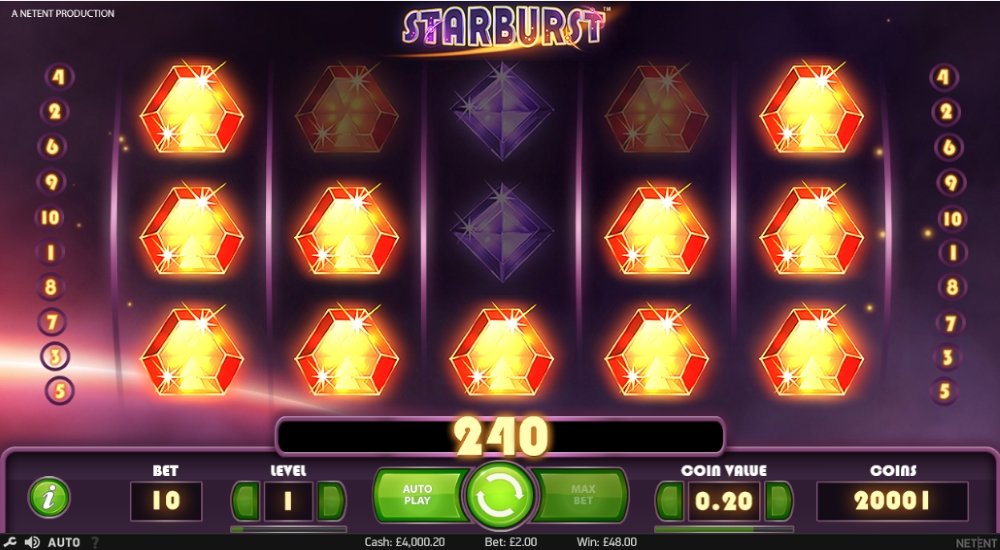 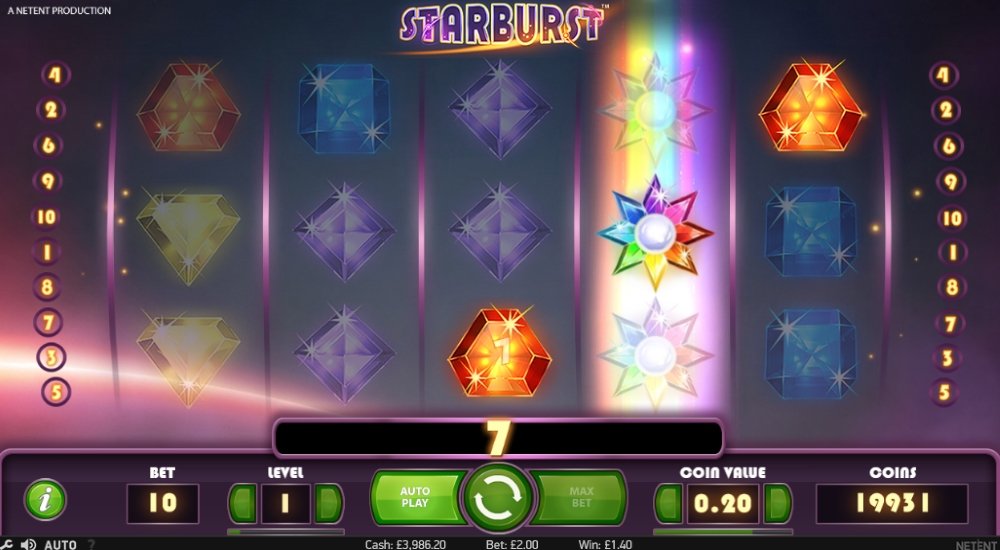 On the surface, Starburst is a deceptively simple game with not too much to make it stand out in a crowded market. However, the game’s very simplicity is its strength. Combined with enticing graphics and underestimated audio effects, this game has been a winner with slot gamers since the beginning. The Casino Gorilla has whiled away many an afternoon playing this bright and shiny game and it has not lost any of its appeal since its original release.

Although Starburst is not a complicated slot game, you do need to be careful to set your bet amount correctly before you start spinning those reels. Bet sizes range from 10p all the way up to £100 so you don’t want to make a mistake and end up betting more than you can afford. Choose the level of your bet from 1 to 10 by clicking on that button and change the coin value from that button at the bottom of your screen. You will see your per spin bet on the bottom left of your screen. There’s also a Max Bet option if you want to play for the big bucks straight away. Now you are ready to play, either by clicking the manual spin button or choosing Autoplay for between 50 and 1,000 spins.

So what are the special features that have made Starburst one of the most popular titles in the history of online gaming? What incredible bonus rounds and games lie in store? Well we have already used the word ‘simple’ a few times to describe this game, and that goes for the special features too. In fact there is only one special feature. One of the three middle reels can be taken over by an expanded Starburst symbol. This reel is wild and there is one extra free spin. If another Starburst shows up on one of the other two middle reels then there is another re-spin with both lines wild. You may even manage three wild reels, but the Casino Gorilla has been playing this game for more than 5 years without that happening, so don’t hold your breath.

That’s pretty much it! It may not seem like much, but we guarantee that once you start playing Starburst you will understand why it is so popular. Whether it’s the time the reels take to settle, the sparkling graphics, the atmospheric background music or that rush of noise when a starburst symbol appears – this game just gets its hooks into you.

Trying to describe Starburst in words makes it sound a whole lot less fun than is actually the case. It’s a simple 5 x 3 reel slot game without a bonus game, and yet it is recognised as being one of the greatest online slots of all-time. There have been many attempts to replicate whatever formula has made this game such a smash hit, but to date nobody has managed to surpass or even match it. Even the theoretical return to player of just 96.1% can’t explain the popularity of this game, when there are so many slots out there offering a better return. All the Casino Gorilla can suggest is that you check it out for yourself and see whether you think that Starburst deserves its spot at the top of the casino slot gaming world.

Not very thrilling at all. This game can be found just about everywhere online and while it does have a good jackpot. It just doesn’t compare to other video slots.

What can I say about starburst that people don’t already know… the graphics and the sound are top-notch and is one of the games where I have won the most. My ultimate target is to win the £50,000 prize money someday.

One thing I can guarantee. Go to any gambler you know and them if they know Starburst. The answer will always be yes. This is probably the most famous slot game of all time. NetEnt created a true masterpiece that has been loyal to them ever since.

Starburst is one of the better games from NetEnt and with a great space theme, I have found this game to meet all of my needs. It is an older game, but still has all the bells and whistles. I like classic slots, so this one is right up my alley. No bonus rounds or frills, but a solid classic slot that delivers great payouts.