Mobile games are now in high demand in the gaming community and it’s not hard to see why. Beyond the obvious profit potential, these games command attention with high visual fidelity and cutting-edge graphics making sure you stay glued to your screen. Let’s take a look at the games with awesome visual prowess you can try out immediately.

PUBG Mobile was released in 2018 and from then on , it’s been hard to beat. It is an original battle royale mobile game and the moment, it’s one of the highest grossing games out there.

PUBG Mobile also comes with an awesome gameplay experience alongside high quality items. It has a very realistic look which is an awesome perk for lovers of virtual gunplay. The battle systems are set up as Payload, Infection Mode, 4v4 Arena battles which have a fast-paced feel and a player favorite, the classic mode which has its awesome 100- player battle format

The game’s key objective is to battle the other players and be the last to survive.

Asphalt 9: Legends is an amazing car racing game on mobile. The game has HDR graphics and realistic sound effects that make it look good and pleasant to play. There are over 150 high-speed and customizable cars to collect. This game also has a whole lot of challenges and races with players from around the world.

Call of Duty is one of the most popular and top-grossing mobile games. It was released in 2019 on mobile devices. Apart from the 3D graphics and sound that make the whole gaming experience thrilling, it also releases new seasonal content uploaded monthly so it never gets old. 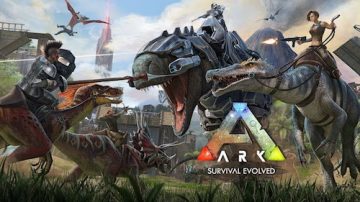 Ark: Survival Evolved is a survival game in an open world. The player is stranded on a deserted island alone and unharmed. The player aims to discover and find things to survive, craft weapons for protection against wildlife, build shelters, and train dinosaurs to do anything.

Do you enjoy playing scary games? Endless Nightmare is the perfect game for you. In an attempt to find the truth, something scary happened. This game is made to get you scared especially with its realistic graphics and horrific sound combined.

Black Desert is a quite decent MMORPG for mobile. The game has extraordinary graphics which is commendable. There are five classes in this game to choose from.

Mindcell is a futuristic third-person adventure. The protagonist must find a way to escape being used as material for a scientific experiment. There are diverse locations and levels with a lot of enemies and bosses to deal with while looking for an escape.

Gambino Casino Slots has an online casino with different slot machines. Unlock these games as you move to the next level. These casino slots gameplay comes with advanced graphics and quality sounds that give a realistic live casino experience. The main features of the game are multipliers, free spin, wilds, scatters, and re-spins.

The following mobile games that you would enjoy. They come with a high visual quality that is difficult to resist. That being said, it’s important to consider the game requirements to ensure your phone is compatible with its software.